Tech exec getting 'Naked' around the country 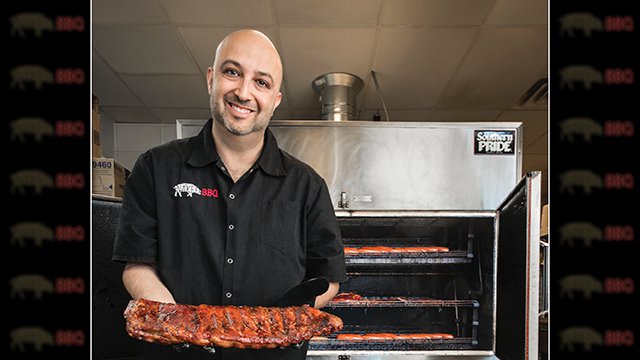 Barbecue is very personal, which is one reason there aren't nearly as many barbecue fast casuals as there are pizza or burger joints. Those hailing from Memphis prefer a vinegar-based sauce, for example, while Dallas barbecue lovers may insist on tomato- or molasses-based sauces. Then, you have Kansas Citians, who not only think their burnt ends are second-to-none, but won't label anything as "barbecue sauce" unless it has ketchup, molasses and liquid smoke. Carolina barbecue connoisseurs would disagree, however, believing their thinner sauce made from vinegar and spices is the real deal.

With all that baggage, it makes sense that barbecue chains, with the exception of Dickey's Barbecue, are more regional than national. One former technology exec, Oren Hartman, hopes his Arizona-based barbecue concept, however, can meet the nation's variety of barbecue needs.

The key, Hartman said, is serving it naked.

And no, Hartman and his staff at NakedQ BBQ aren't serving food sans clothes. The meat they serve, however, comes without sauce — or what he describes as, "naked." 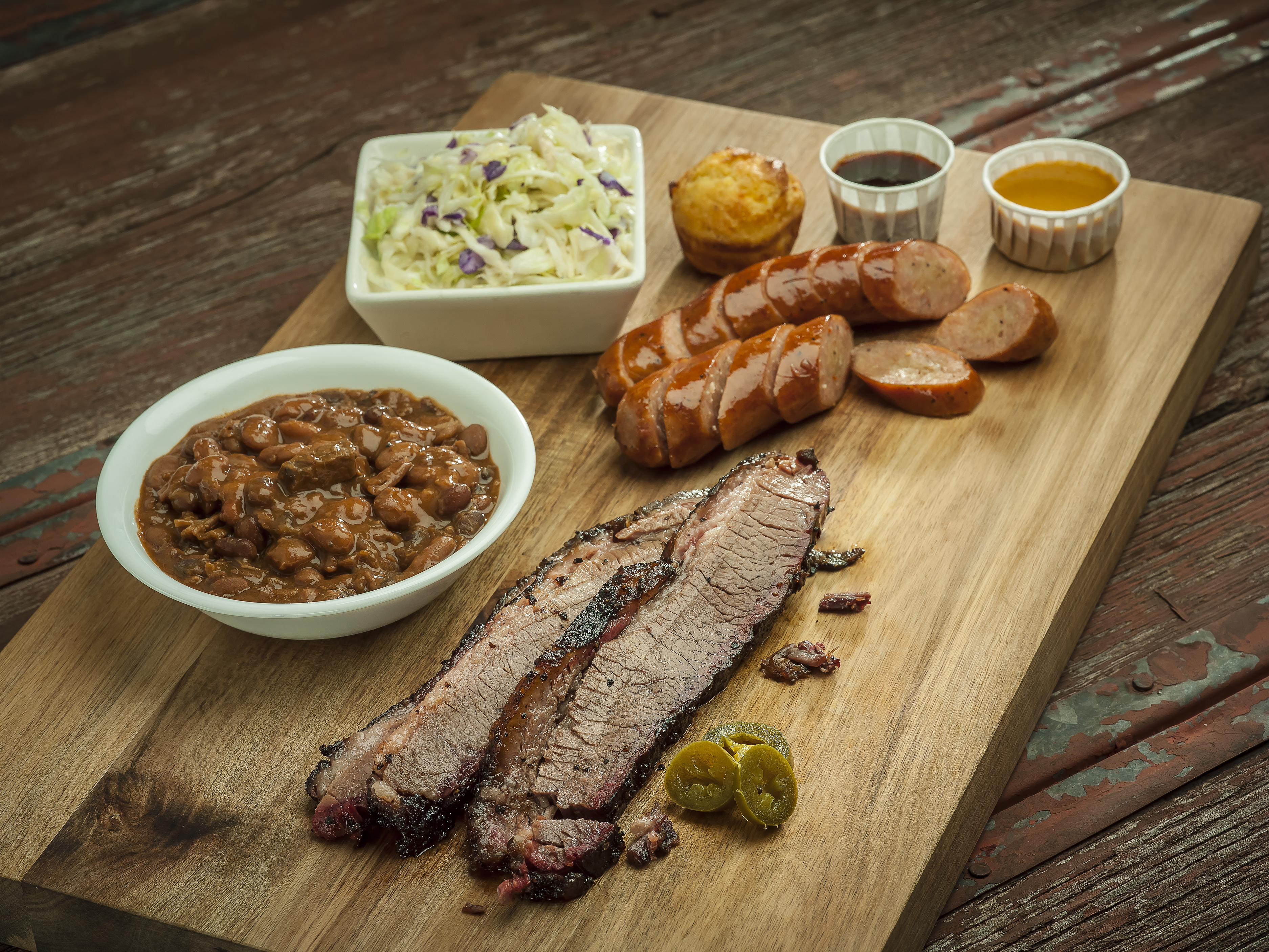 "By rubbing and smoking the meats and serving them naked, fans can dress their barbecue the way that they want it," Hartman said. "Many people relate sauce to region, but since we don't sauce any of our meats, we let our diners choose their sauce according to their personal preference."

The chain, which makes five homemade sauces, opened its first unit three years ago in Phoenix and added a second unit last year in Scottsdale.

"Early on, I saw that there was a huge gap in the marketplace when it came to quality barbecue, particularly outside of the traditional barbecue cities," said Hartman, who will add three locations by spring 2019. "If I could successfully create a concept that could capture fans across the country, I knew I would have a winning formula."

How it all began

An East Coast native, Hartman grew up in Brooklyn, New York, but attended the University of Wisconsin, where he found a passion for cooking for friends and roommates and eventually opened a small chicken wing concept that served late-night food to college students.

Fans agreed the product was great, customers loved it, but upon graduation, Hartman felt ready to work in the field of his degree. Armed with a taste for finance and business strategy, he landed on Wall Street and immersed himself in the fast-paced and often cut-throat world of the financial industry. Soon after, he took his shot in the tech world and made it to executive level by age 30. A few years later in 2005, he moved to Arizona with his wife and two children and continued in the tech industry until four years ago, when he felt that familiar itch. He had passions that went beyond hardware and software, and by now he had learned the key ingredients to success if you wanted to build a business.

"If you have customer demand, the right product, and you provide best-in-class service, have a strong commitment to excellence and build the right team, you can make any business work," Hartman said.

"I never like to consider that I left my career behind, I like to think I was ready for a new challenge, one that brought my love of food and service to life," he said. "A sort of cufflinks-to-apron strings story. It was about following my passion and the food industry just seemed like a natural fit." 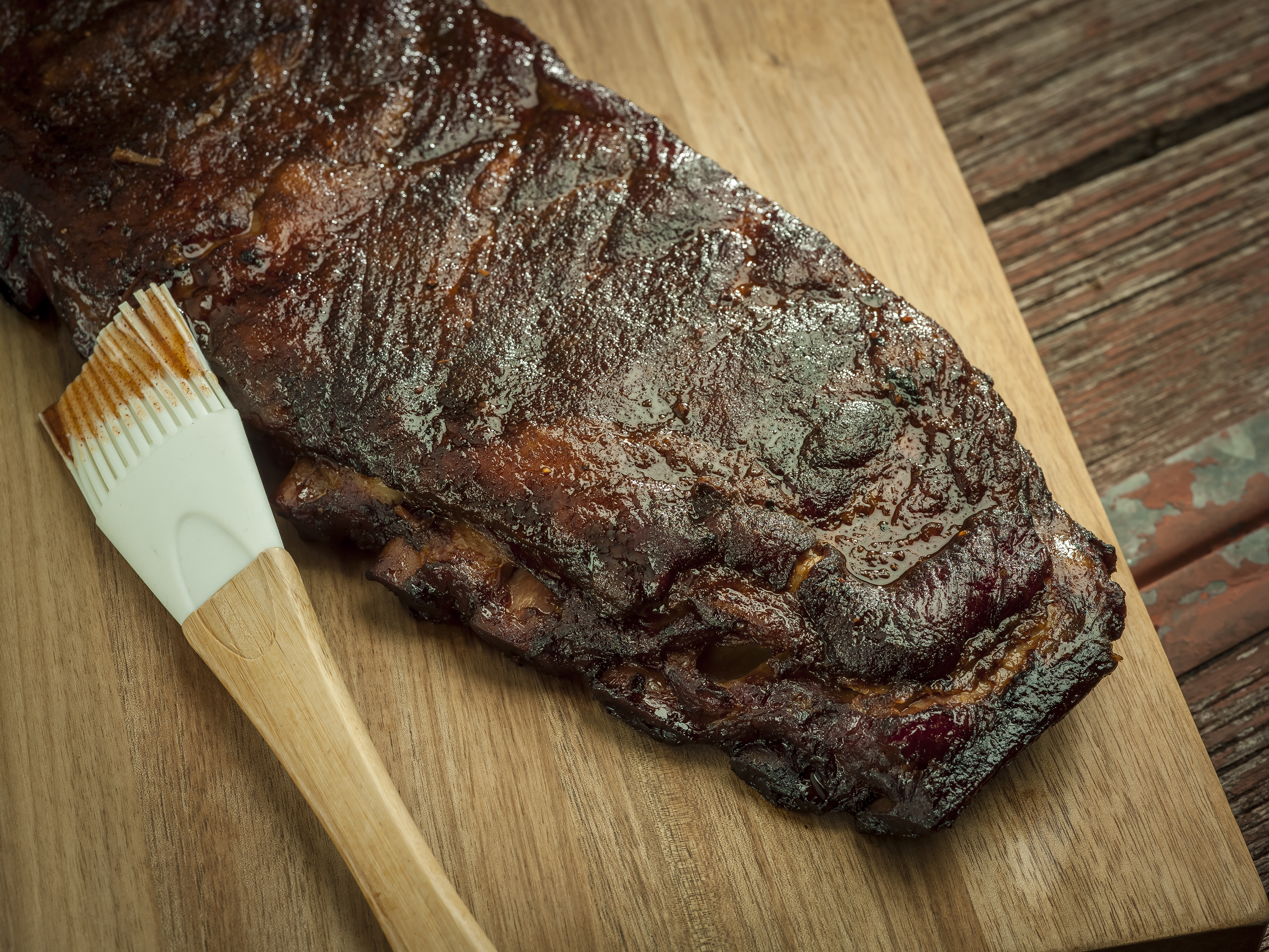 "When the rave reviews started rolling in, I knew we had built something special and that it was something that could be replicated and shared across a variety of markets," said the man who refused to call himself a chef out of respect for the years of dedicated schooling and professional training that most chefs put into their career.

"Pitmaster seems to be more my speed," he said. "I can say that I developed the menu after sampling and reviewing the menus of hundreds of barbecue joints. I was inspired by some of the best in the business and was so blessed to have the opportunity to try some amazing barbecue."

Although Hartman was tight-lipped about the company's financials, he said one of the most incredible things about the brand is that each store has its own unique personality and can operate in a way that ensures profitability.

"We couldn't be happier with the success of our stores, which have their differences," he said.

One is lunch only, while the other serves both lunch and dinner. The Scottsdale unit servers craft beers and wine.

"Sales have been strong in both locations, which is a testament to the quality of our product," said Hartman, who doesn't measure success by hitting a certain dollar amount or unit number.

"It is creating smiles. If we can get our diners to enjoy our food and maybe remember a family barbecue from the past and their loved ones, we are winning," he said. "If we put out a great product and deliver world-class service, the profits will be there.  If we aren't delivering on the first two then the business won't make any sense. As long as we are taking care of the aforementioned things we are going to keep getting 'Naked' around the country."

Before joining Networld Media Group as director of Editorial, where she oversees Networld Media Group's nine B2B publications, Cherryh Cansler served as Content Specialist at Barkley ad agency in Kansas City. Throughout her 17-year career as a journalist, she's written about a variety of topics, ranging from the restaurant industry and technology to health and fitness. Her byline has appeared in a number of newspapers, magazines and websites, including Forbes, The Kansas City Star and American Fitness magazine. She also serves as the managing editor for FastCasual.com.

Baring it all: Dining in with NakedQ - Echo Magazine